The Dallas “metroplex” is the largest land-locked metropolitan area in the United States and is home to four of the most different and interesting colleges and universities in the Southwest. I visited these four schools on the “Magic in the Metroplex” tour in early March. 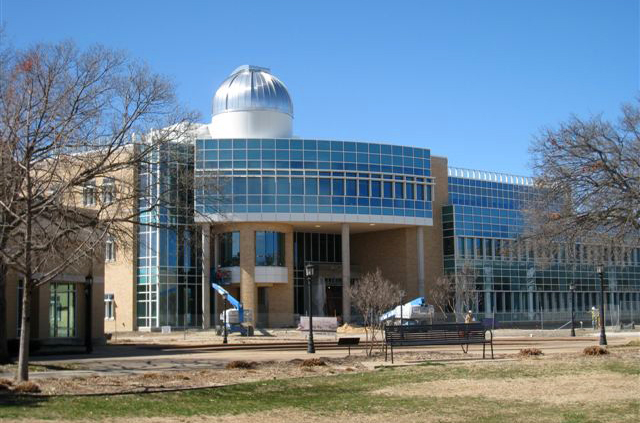 Austin College, located 60 miles from Dallas in Sherman, Texas is one of Loren Pope’s original “Colleges That Change Lives”. This diverse community (45% are students of color) thrive on experiential learning, 70% study abroad and many participate in the (CSOC) Career Study Off Campus internship program. Since 2010, Austin graduates have been awarded 10 Fulbright grants and six graduates have gone on to Teach for America. In the Fall of 2013, their new 103,000 square-foot IDEA Science Center will open with 16 classrooms, 32 advanced laboratory-classrooms, a 108-seat auditorium and an observatory. 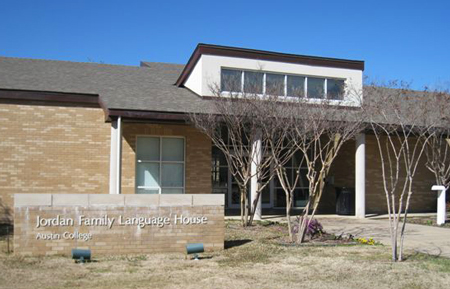 They are also known for their Jordan Family Language House which provides an unusual language immersion program for 48 students and five native speakers in German, French, Spanish, Japanese and Chinese. While in the public areas of the house, residents speak and interact in their target language and there are language labs there as well for more intense practice work. 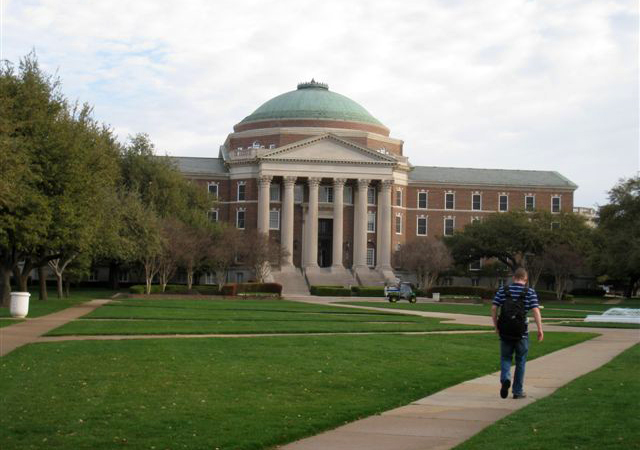 Southern Methodist University (SMU) is located near the heart of Dallas and offers real-world preparation through academics in the humanities and sciences, business, engineering, communications, performing and visual arts, education and human development. Driving down the campus where students and alums “Boulevard” – the SMU equivalent of tailgating for big football games, and looking towards their stately buildings gives you a sense of the history of the school! They also have the George W. Bush Presidential Library on their campus, a wonderful resource! The future is around the corner at the SMU/Lockheed Martin Skunk Works Program at the Lyle School of Engineering where students are working alongside professors on cutting edge research. Students at the Meadows School of the Arts can take advantage of the rich cultural life of downtown Dallas with its art museums, symphony orchestras, sculpture gardens and neon light shows to further their artistic careers. This is the only school to have a major in Arts Entrepreneurship. 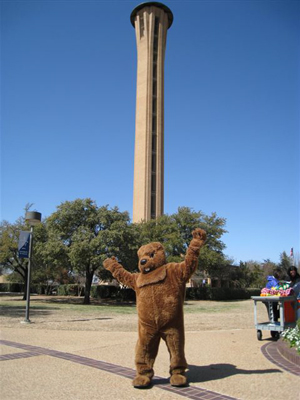 Braniff Memorial Tower at University of Dallas with the Groundhog Mascot

Closer to Fort Worth is Irvine, Texas the home of the University of Dallas which calls itself “The Catholic University for Independent Thinkers.” This independence is achieved through an unusual two-year, 60-credit hour Core curriculum formed by certain Great Books and other class sequences which all students take, creating a common bond of study. This Core is strengthened by the signature UD Rome Program, begun in 1970, at their 12-acre campus located just outside the Eternal City. This semester abroad includes travel throughout Italy and Greece to complement the Great Book studies and it is a life-changing experience.

The University of Dallas like Austin College is one of 280 institutions in the US to have a Phi Beta Kappa chapter. President O’Keefe calls the institution “enthusiastically Catholic” but all are welcome. He also said that there are more National Merit Scholars in the school than any other higher education institution. Students come committed to work, and it shows in their outcomes, where more than 80% of students attend graduate school, 85% of pre-med students are accepted by professional school and 95% of pre-law students are accepted into law school. 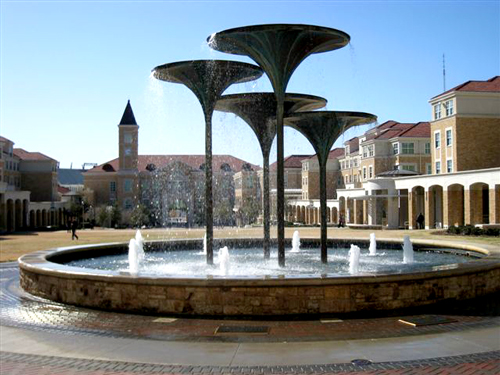 Scharbauer Hall and Residence Commons with the Frog Fountains at TCU

Last but not least, I visited the home of the Horned Frog where purple is king, Texas Christian University. Five miles from downtown Fort Worth, the beautiful TCU campus is home to 8,229 undergraduates. 90% of the dorms have been renovated or are brand new since 2011 with fountains and flowering trees. Classroom facilities are unparalleled in the new Learning Commons built to fit right into the gorgeous architecture of the rest of the campus. 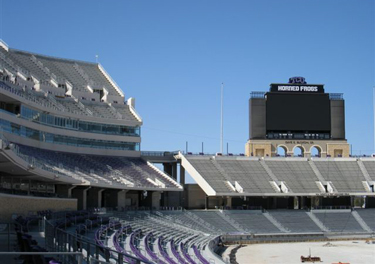 The new football stadium is home to their Division I team competing in the Big 12 Conference so spirits are high. Seven undergraduate colleges prepare students for the real world, and there is something here for everyone. Study abroad is a priority here and they want every student to have a “global passport” before leaving. Since Dallas-Fort Worth is the 5th largest media market, students studying in the College of Communications find great internships and ultimately jobs in their backyard. The Neeley School of Business is very popular for the same reasons. The Bob Shieffer School of Journalism, which is part of the College of Communications now offers new majors in Sports Journalism and Business Journalism, both in great demand. The numbers of Texans have decreased as the word has spread that TCU is a great place to get your undergraduate degree.

Big Changes in the College Common Application     |     Article in Reform Judaism Magazine, Getting In: What The Experts Say