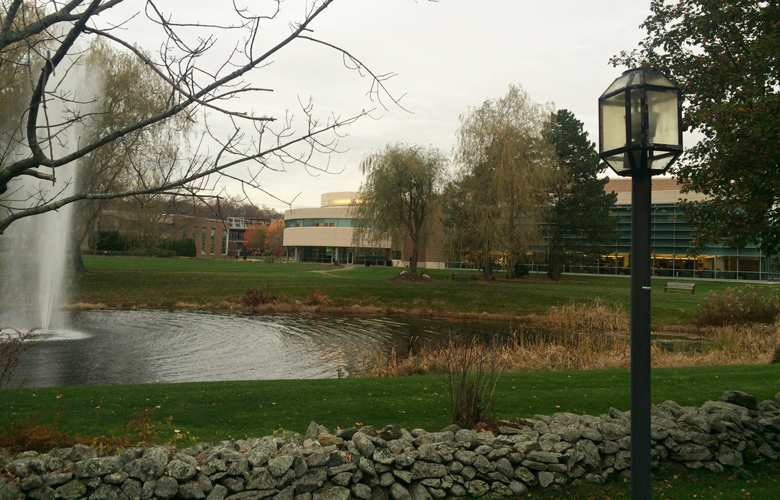 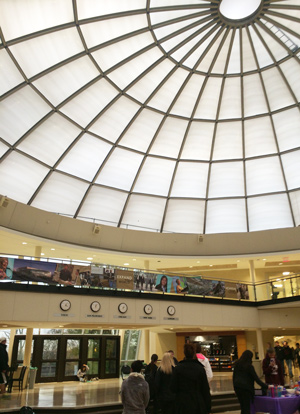 Upon arriving at Bryant, I was directed to Admissions in the Unistructure, and immediately thought I had entered the campus of the future in Smithfield, Rhode Island. The Unistructure houses all the academic classes, a few lecture halls, the cafeteria, the Academic Center for Excellence (ACE) as well as the Amica Career Center.

Even though Bryant has a reputation for being a school focused on business, they have an unusual and timely academic requirement. You must have a major and a minor. If the Major is in the College of Business, the Minor must be in the College of Arts and Sciences, and vice versa. This ensures a totally well-rounded graduate.

Bryant is part of the Rhode Island Consortium so students can cross-register with a number of neighboring institutions for other courses, a real highlight.

Bryant is a Division 1 athletic school, but has some unusual and favorite non-varsity sports, including cornhole and bacci. In addition, President Maackley (beloved by the entire student body), challenges any student to beat him in a game of racquetball for a free semester of tuition. No one so far has been able to best him though many have tried.

Little known fact – their annual Bingo Night is so well known that the NEW YORK TIMES did an article on it on April 17, 2011.