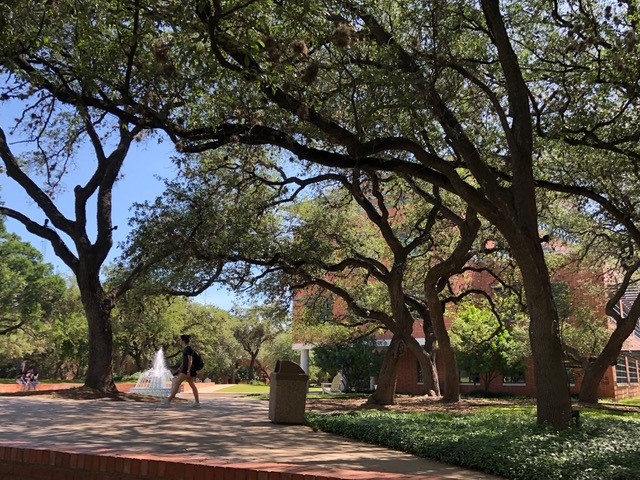 Trinity University
From the time I stepped on campus and looked over the city of San Antonio, I realized that I had discovered a “hidden gem” at Trinity University. In the words of one of the student panelists from Burlington, Vermont, she thought it was the “Middlebury” of the Southeast. The campus is wooded and lush, but has a bucolic feel even though it’s in the middle of San Antonio, the nation’s 7th largest city. San Antonio is diverse and fun with ethnic food; the meandering Riverwalk, reminiscent of Venice, is downtown and we were there during Fiesta, their Mardi Gras. The student panel reminded us that they study very hard and are excellent students, having done a lot of internships, and many seniors already had jobs or good leads that were connected to them by active alums.

The combination of diversity, access to professors, a variety of strong majors, and active community service, gave me a really good feel for the university. This is a school I plan to suggest to many more of my students, now that I have experienced it first-hand. 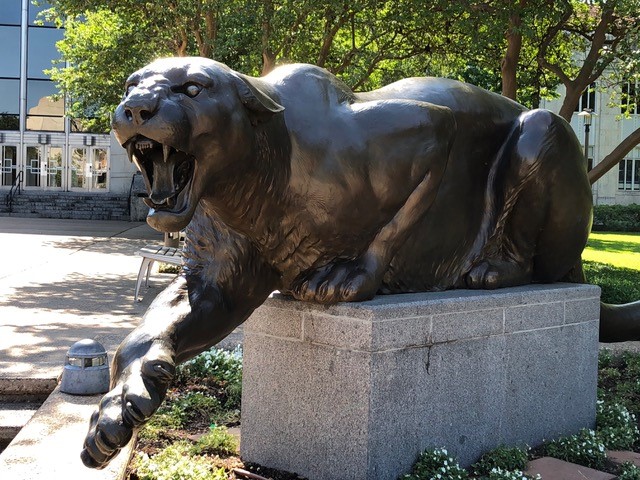 The University of Houston
In 1969, Conrad Hilton, Eric Hilton and Founding Dean James Taylor announced the funding of what would become the Hilton College at the University of Houston. The Hilton Hotel on campus is one of 350 Hilton hotels, but is unique in that it is a primary teaching facility for the College. Many of their employees are students receiving experience in guest service, hotel operations, food & beverage service, housekeeping and banquets. There are only a few universities in the United States that have hotels on their campus including the Statler at Cornell University.

The University of Houston is also known for their Honors College encompassing such programs as the Bauer Business College, Engineering and many Health Programs. 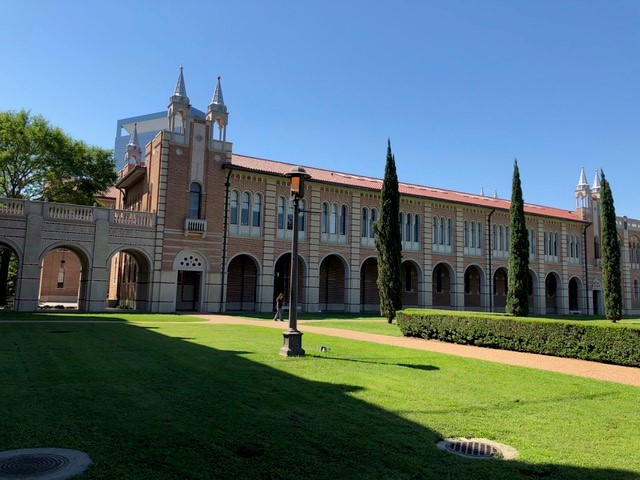 Rice University
As soon as you walk through the stately archway and enter the spectacular quad at Rice, you can feel the satisfaction of the student body. Much of this is attributed to their Residential College system where all students are assigned freshman year to a college or small community where they live, dine and interact with faculty mentors. Each residential college is a self-supporting unit with its own government, budget, intramural team and advisors. Students identify with their residential college well beyond graduation. It is for life.

Students at Rice achieve their goals with great compassion but in support of each other and without competition at the expense of others. It is a comprehensive research university, even though the school is a little under 4,000 students. Some of this has to do with its location in Houston close to terrific medical and scientific facilities, including NASA and the MD Anderson Cancer Center. 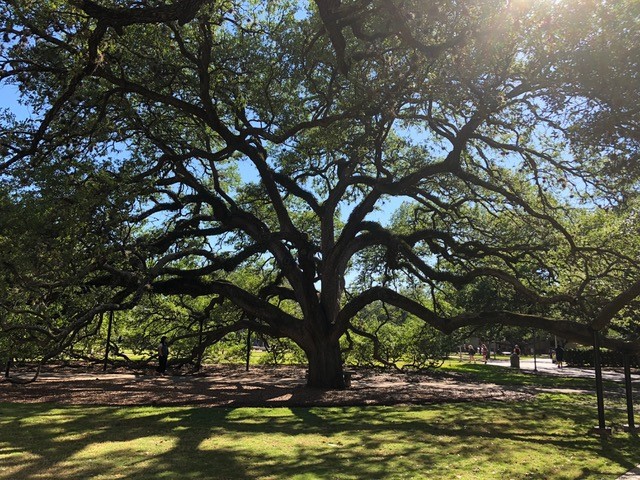 Texas A & M University
We were on the expansive campus of Texas A & M University just days after Barbara Bush was buried on the grounds of the George H.W. Bush Library. Her funeral cortege drove on a road lined with the corps of cadets who are part of the undergraduate student body, and we saw and heard these cadets on campus during our tour. We loved the Century Tree near the Academic Building. Tradition says that if a couple walks together underneath the Century Tree, they will eventually marry — and if a marriage proposal takes place under the tree, the marriage will last forever. The celebration of tradition at Texas A & M is sacred.

A tremendous football school, the Texas “Aggies” honor the tradition of the “12th Man,” and harkening back to this story, all attendees stand during every game in honor of this special legacy. 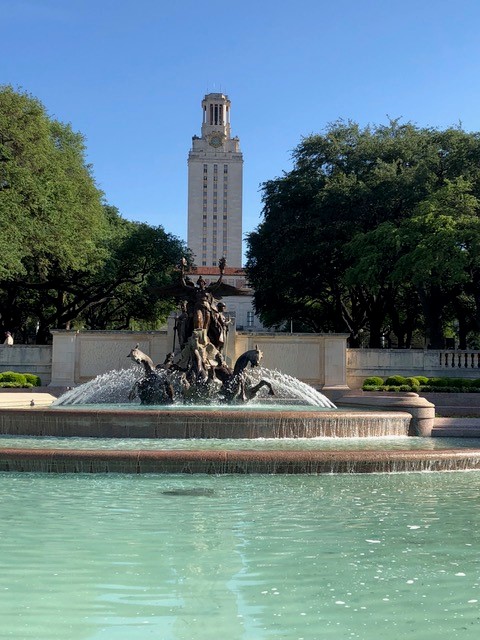 University of Texas – Austin
The flagship of the University of Texas system, the campus at Austin, is just gorgeous. With fountains and reflecting pools, it is no wonder that many of our out-of-state students go to UT-Austin for specific programs and return wishing to apply. However, with a very small out-of-state population, often hovering around 7%, it is a very competitive pool.

Many of their programs like Engineering, Film and Business are impacted like the California State Schools and as such, are very hard to get into. Like many of the other Texas state institutions, which have an automatic admissions system for the top 10% of their classes, this fills a good portion of their class making it harder for out-of-state students to gain admission. However, if you show unusual promise or fill a particular institutional need for one of the Texas State schools, you have a better chance. The out-of-state students are warmly received on campus and there are so many wonderful clubs and activities in which to be involved. And of course, Texas is full of traditions and school spirit that is unrivaled at many other schools!
“Hook ‘Em Horns” 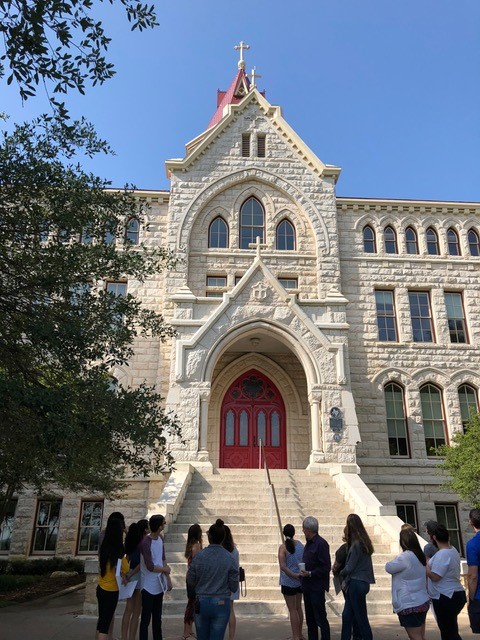 St. Edward’s University
One of the seven colleges taught by the order of the Congregation of the Holy Cross like Notre Dame, this school is close to my heart because of its mascot. Like Summit High School, they are the “Hilltoppers” and their mascot is the Goat. The school is perched high over the city of Austin with a magnificent view from their main administration building. Their Meadows Coffee House is representative of the feel of the campus, sort of a Brooklyn, NY, “hipster” feeling and diversity is the order of the day. Even though the student body is almost 4,000, students do not fall through the cracks but receive terrific academic advising. St. Ed’s was the #1 Producer of Fulbright Scholars two years ago among Masters Institutions. Students do an incredible amount of community service in the Austin area, and 74% complete internships in their fields.

Their Business program is very strong and they work in a maker space in downtown Austin called the “Capital Factory” to pursue their entrepreneurial pursuits as well as engaging in a Masters Entrepreneurial Program called ESTEEM with Notre Dame University. 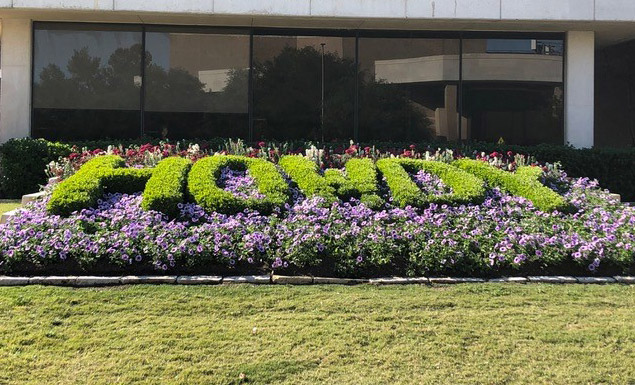 If you are serious about re-application to a military service academy and searching for a college-level program look no further than the Greystone Preparation Academy. Here you can earn up to 38 college credits in a curriculum designed to meet your individual academic needs.

Another very special offering at Schreiner is their Learning Support Services program which is run by Dr. Gallik. This is a comprehensive fee for service program. You can find particulars of the program, which has a separate application at this link. Dr. Gallik will also be glad to answer any specific questions you may have.