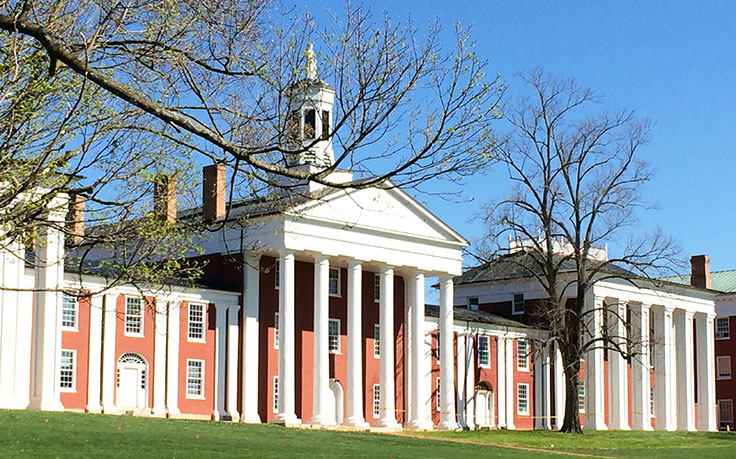 After driving through the stark tan buildings of Virginia Military Institute, all of a sudden up on the hill are the gorgeous colonnades and old red brick of Washington and Lee. The sense of history and old Southern charm are palpable, especially when touring Lee Chapel and Museum, where Robert E. Lee, the first President of the College and Civil War hero is buried with his trusty horse, Traveler. At exam time, students toss coins into the burial area of Lee and his trusty horse for good luck! 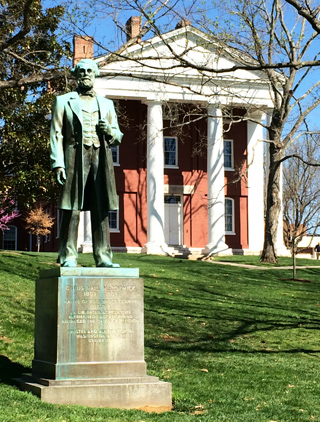 A truly selective school of 1800 undergraduates, W & L had the first Journalism program in the United States, and boasts of the highly-acclaimed undergraduate Williams School of Commerce and Business. It also houses the Roger Mudd Center for Ethics, named after the well-known CBS journalist who graduated from the school in 1952 and continues to be very involved. Washington and Lee has one of the strongest Honor Codes of any college in the United States and is known for its “one strike and you are out” policy where students have the highest respect for each other. The Trident is the mascot for this school where 88% of their students hail from outside Virginia making it quite unusual. Special traditions include the “Fancy Dress Ball” which is 100 years old and includes themes like “Lost Cities of Gold” and “Alice in Wonderland,” and the Mock Political Convention with world class speakers from the party that is not in control and has had a remarkable track record of being right on with predicting the next to win. Lastly this campus is about 82% Greek which does not speak of exclusivity but includes so many of the student body that virtually very few are left out.